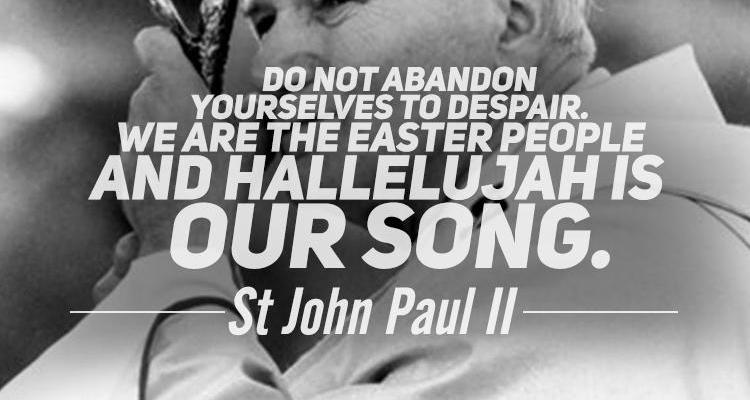 This post is part of a series on Resurrection Theology for the Severely Transsexed.

In the Christian tradition there are a whole slew of “natural” moral virtues that a person can live up to by habitual good deeds, most notably prudence, justice, temperance, and fortitude. However the three most important virtues, the ones that form the core of true Christian living, are utterly supernatural. Faith, hope, and love are known as the theological virtues, and they are the basis of life in Christ. Whereas other virtues rely simply on the ordering of our lives according to reason and ethics, faith, hope and love are miraculous in origin. We rely on God to give us these virtues, sustain them, and bring them to completion. What is notable about all three of these is they are concerned almost entirely with complete surrender to God. It would be ludicrous to embark on a journey of faith, or hope, or love, without the grace of God to carry us there.

The theological virtue most associated with the Easter Season is hope. According to the Catechism of the Catholic Church (1818):

The virtue of hope responds to the aspiration to happiness which God has placed in the heart of every man; it takes up the hopes that inspire men’s activities and purifies them so as to order them to the Kingdom of heaven; it keeps man from discouragement; it sustains him during times of abandonment; it opens up his heart in expectation of eternal beatitude. Buoyed up by hope, he is preserved from selfishness and led to the happiness that flows from charity.

So according to the Catechism, hope is intimately tied to our innate desire for happiness. However, it is not merely the desire to be happy. God takes our natural desires which incline us to seek joy and fulfillment and transforms them into a supernatural drive. We find ourselves propelled toward an eternal perspective beyond the mere stimulus-response of our animal desires.

At many times Christians have been accused of being too other-worldly, too spiritual, too naïve in their hope for “something to come.” Christian piety is caricatured as a dour pious widow pining away for the netherworld, saying Hail Mary’s until she’s blue in the face as she marks the days to her death.

The lie is that Christianity inherently despises the world, and thus finds no joy in the here and now. For millenials like me who resonate with a carpe diem – or, ahem, YOLO – spin on things, it’s understandable that so many fear Christianity.

Of course, the fear is unwarranted.

While Christians hope at least in part for a heavenly life, it isn’t primarily grounded in some vague promise of a “life to come.” As St. Paul says in 1 Corinthians: if Christ is not raised from the dead, then the entire Christian faith is meaningless (1 Cor 15:17). Christ’s Resurrection makes the difference. Christian hope isn’t in a ghostly afterlife, but in a promise of new “life in abundance” (John 10:10). As Jesus says: “The kingdom of God is not coming with things that can be observed; nor will they say, ‘Look, here it is!’ or ‘There it is!’ For, in fact, the kingdom of God is among you” (Luke 17:20b-21).

The Resurrection of Christ makes the difference because it takes a distant promise of salvation and makes it historical. Anyone can hope in a distant whatever in the future, but the Resurrection gives Christians a concrete hope for salvation, not only from time but even within time.  “Therefore, if anyone is in Christ, the new creation has come: The old has gone, the new is here!” (2 Cor 5:17). The Resurrection gives us a literal embodiment of the hope ‘that is to come’ and makes it a hope for a “living hope” and “new birth” (1 Peter 1:3).

Such a phenomenon – that of being made a new creation – is not a distant thing that we will experience only at the end of time. Rather, we can begin to live as people of the Resurrection now…

Pope John Paul speaks of sin as the rupture of soul and body. Death is the ultimate antithesis between soul and body; and Resurrection heals the rupture. To be truly pro-life is to choose to follow our pure hearts, formed by grace.

How does such Easter hope play out in the lives of transgender Christians? What does the Resurrection mean for them? In this series of posts I’ll attempt to unpack what that might look like.

One thing above all is clear to me: transgender persons are called to hope. Any theology or pastoral care that causes transgender persons to despair does not come from Christ. We’ve heard time and time again the words of Jesus to “take up your cross daily and follow me” (Luke 9:23), but this calling is empty without knowledge of the Resurrection. If transgender persons are to find their true cross and bear it daily, they need to do so in light of the final destination. 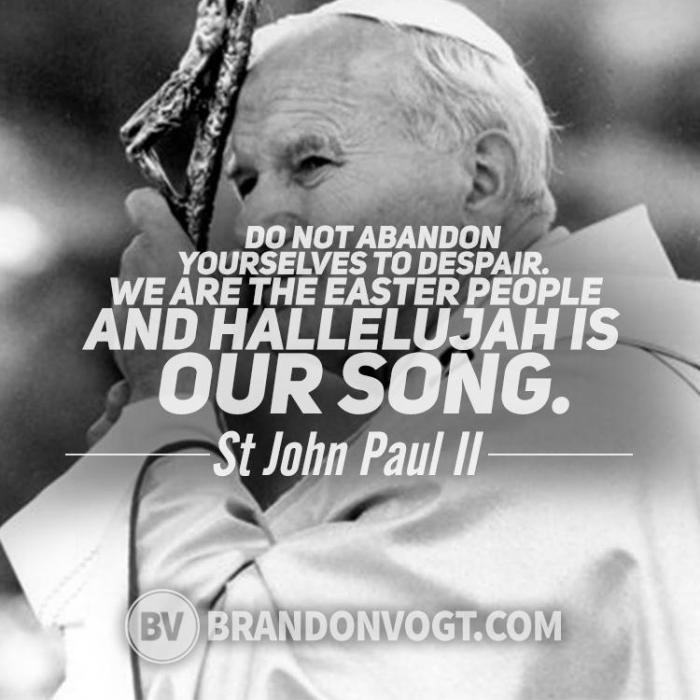 2 thoughts on “RTST PART I: A Spirit of Hope”