I have spent far too long trying to explain myself to myself and others, and it is time for that to come to an end. This post is the last vulnerable moment of crafting words around something that cannot be put into words.

Since it’s something that cannot be put into words, everything that follows will be absolute blather. Hopefully it’ll be blather that resonates.

In reflecting on the last year, I’ve spent much time thinking about how my relationships have developed – how the coming out process affected my friends and either tied me closer to or distanced me from them.

One thing stands out in particular: how over the last year I’ve spent so much insecure energy talking and explaining things to people that are more or less irrelevant. Obviously this came from my very human desire to be understood and loved, and who can blame me for that? My friends and acquaintances should see it as a sign of love that I so earnestly want to connect myself to them, even if it’s through clumsy didactic conversations where I preach to them for an hour about transgender science and the like.

The truth is that the only way to know and be known, to love and be loved, is to live and let live. I’ve spent so much time trying to put everything back into a neat box for everyone that I’ve become hypocritical. I’d talk about being a girl while still too afraid to be one. I’d gab on about some theoretical bullcrap to artificially “show my heart” to people, when the only thing necessary was to be myself.

I’ve had a lot of people ask me what I think it means to be a woman, to be a girl, to be female, to be transgender. I think I have something of an answer now.

(Pardon the philosophical trappings of this explanation. If a bush can’t be uprooted directly, you dig all around it to loosen the roots. Similarly, if you’re talking about something like God or gender that is too deep to measure with a pole, you instead measure everything near it that is measurable. Also, in our society we mostly understand things when they’re put analytically. I suppose I could try to put all this in a poem, and while it’d probably be more accurate, it’d also be less comprehensible.)

Being a woman is being an embodied woman. It is being a human person with a particular relationship to your body and its physical instantiation. The thing is this is something that can’t be further defined. It is what it is. There is no way for me to explain what it means for me to experience my life as an embodied girl when my body is ostensibly masculine. There are simply not words to convey how this might be true or what it could possibly be like. The only real proof is in the pudding, and the only way this truth is knowable is through my life. Not through my actions or my femininity – which will nevertheless always be judged, but through my being, that incalculable thing that just comes from my existence.

If I cannot make a neat statement saying what woman is, all I can do is say what she isn’t. This is what I think I’ve learned and experienced.

Woman is not a set of parts. You cannot break a woman down into components and say “aha, here is what made her a woman.” A woman is primarily she, a person, a being who encompasses all those component parts. The component parts never encompass her.

Woman is not the “feminine human.” Regardless even of how culturally relative the terms “masculine” and “feminine” are, a woman is not simply a feminine human. If a man is incredibly feminine, he is a feminine man, not a woman. Perhaps femininity naturally flows from the woman’s experience of embodiment, or perhaps it is entirely culturally conditioned. Either way, femininity is not the source of womanhood, although womanhood is often the source of femininity.

Woman is not a child-bearing machine. This here is my biggest problem with the view of gender common to many fellow Catholics which has dominated much of Western history in one form or another. Woman is not a field in need of planting. She is not a certain kind of real estate, nor is she “that which can be impregnated and bear children.” She is not land to be colonized. The woman who is born without a womb is still woman. The woman who is infertile is still woman. Woman even irrelevant of man is still woman. She is a good in of herself, not only good relative to men and children.

Relatedly, woman is not that which is “other” to man. In our male-dominated history, woman is always seen as that which is auxiliary to man. Woman is not defined by what a man does – she is not by definition that which is different than man. Man is not the standard by which woman is judged and known; woman is her own standard for her own nature. Perhaps to men women are those who are simply not men. However, for woman, to be a woman is simply to be a woman. This is what it is at the core of her being once all the social conditioning is left behind. In her acceptance of this world’s false standards of beauty woman is often complicit in allowing herself to be only that which is other to man – man’s object. However, insofar as she finds genuine self-esteem, she is being woman according to woman and not to man. She is allowing herself the freedom to simply be.

What then is woman? Woman is woman. This is what I think the Church means when it says gender is essential. Something that is essential is that which cannot be reduced down any further. Any attempt to quantify woman and break her into component parts and say THERE is woman is denying this and saying that a woman is a mere accident of add-ons to the human person. In this case “woman” is no longer “WHO SHE IS” but “what kind of thing she RESEMBLES.”

The Church’s actual working theology and pastoral policies are often at odds with this core belief that gender is essential. The view of women as child-bearing machines who’s identity and value comes from their function is not only a very androcentric view, but is opposed to the sense of human dignity from which the gender-essentialist philosophy should flow. Some people are against gender essentialism because they believe it is precisely what allows for these degrading ideas about woman within the Church. While the Church has an essentialist view at its core, all the practices that have harmed woman have come from some form from deviating from essentialism and trying to define her by parts, function, or relative to man.

So what is woman? Woman is woman. And when I say “I too am woman,” I am asserting nothing more than that I AM. There is no proof except in that I can continue to live as I AM, and there is the possibility that in the accidents of womanhood that flow from what I firmly believe is the essence, that others will think they “spot” the woman through these simulacrum. But none of this is important. If I am a girl, all I need to do is be, and the rest is history. There is no checklist of “girlish accomplishments” that must be done, or any proof that needs to be written, or any way of expressing that needs to come true. Anything that is accomplished or written or expressed can never encompass my gender – rather my gender encompasses these things.

I will have the extreme audacity to say “I am a girl.” I cannot prove it to you. I cannot make you comfortable with it. I cannot show you a girl-identifying birthmark that identifies me to you. All I can do is exist, and all I ask is that I’m given room in this world to do so. 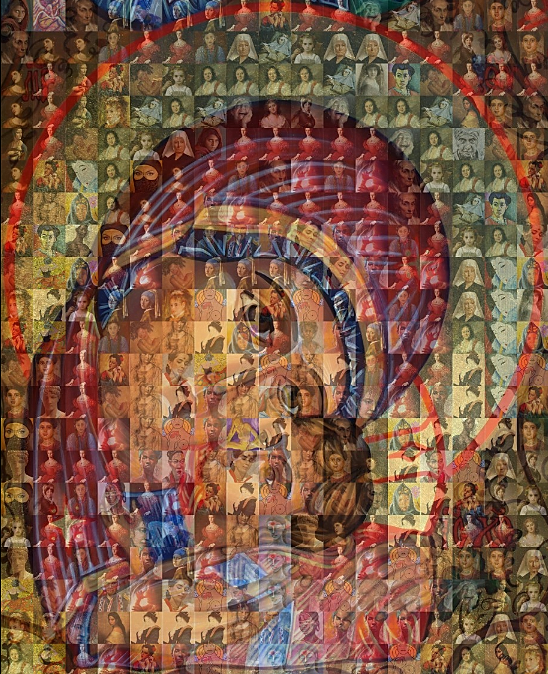