I tweeted this a while ago, and I thought I’d also post it here. 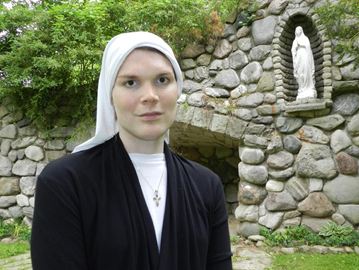 That question is being answered in London, Ontario, where a transgender woman is preparing to enter a community of Carmelite women.  When Canada’s Tia Michelle Pesando, who is already living as a consecrated virgin, is accepted into the community, it is being said that she will be the world’s first transgender nun.

CTV News reported that Pesando, who is a hermaphrodite* (born with physical characteristics of both male and female) has already begun a process of taking hormones to live as a woman.  But the process of becoming a nun is more a spiritual, than a physical, notion for her.  As CTV News stated: